Vajrasattva is a being who aspires to become enlightened in order to benefit other sentient beings). As such, the bodhisattva is known in both Mahāyāna and Vajrayāna Buddhism. This vajra being (Sanskrit: sattva) is also known as the diamond mind, referring to the tantric practitioner’s own quality of mind. His thunderbolt essence cuts through the layers of ignorance, thus eradicating the person’s mental defilements. And so, in order to utilize the potential of Vajrasattva practice, the Tibetan esoteric Buddhist sungkhor locket has been consecrated through the recitation of the hundred syllable mantra of Vajrasattva (see below). 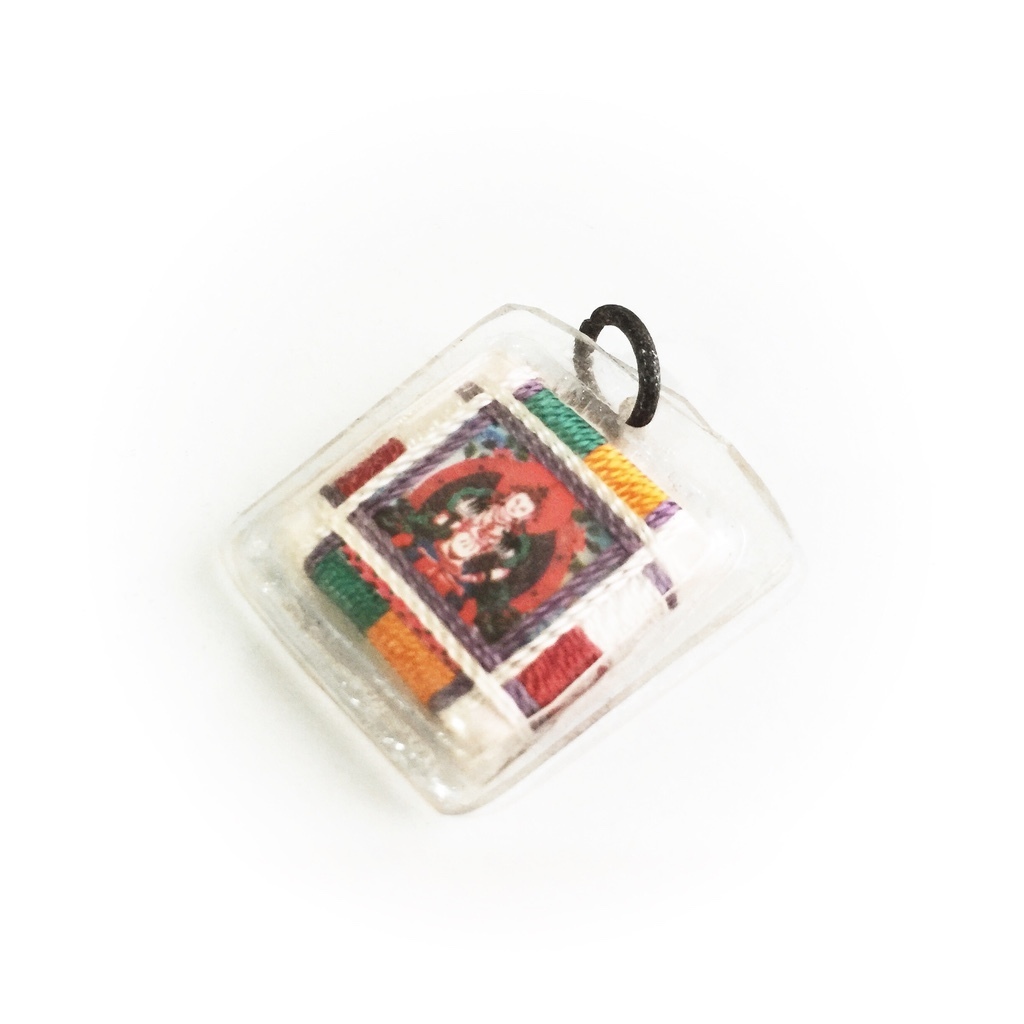 The amulet is wrapped in sacred thread, which resembles the auspicious square shape of a traditional Buddhist geometric diagram (Sanskrit: maṇḍala). Anyone suffering from the devastating results of negative karma, or wishing to escape the infliction of emotional distress, can use this Tibetan talisman for the purpose of ritual purification. In this way, when the amulet is used in conjunction with the appropriate mantra, it allows the wearer not only to purify his or her past misdeeds, but ultimately also helps him or her to prevent wrongdoings in the future. 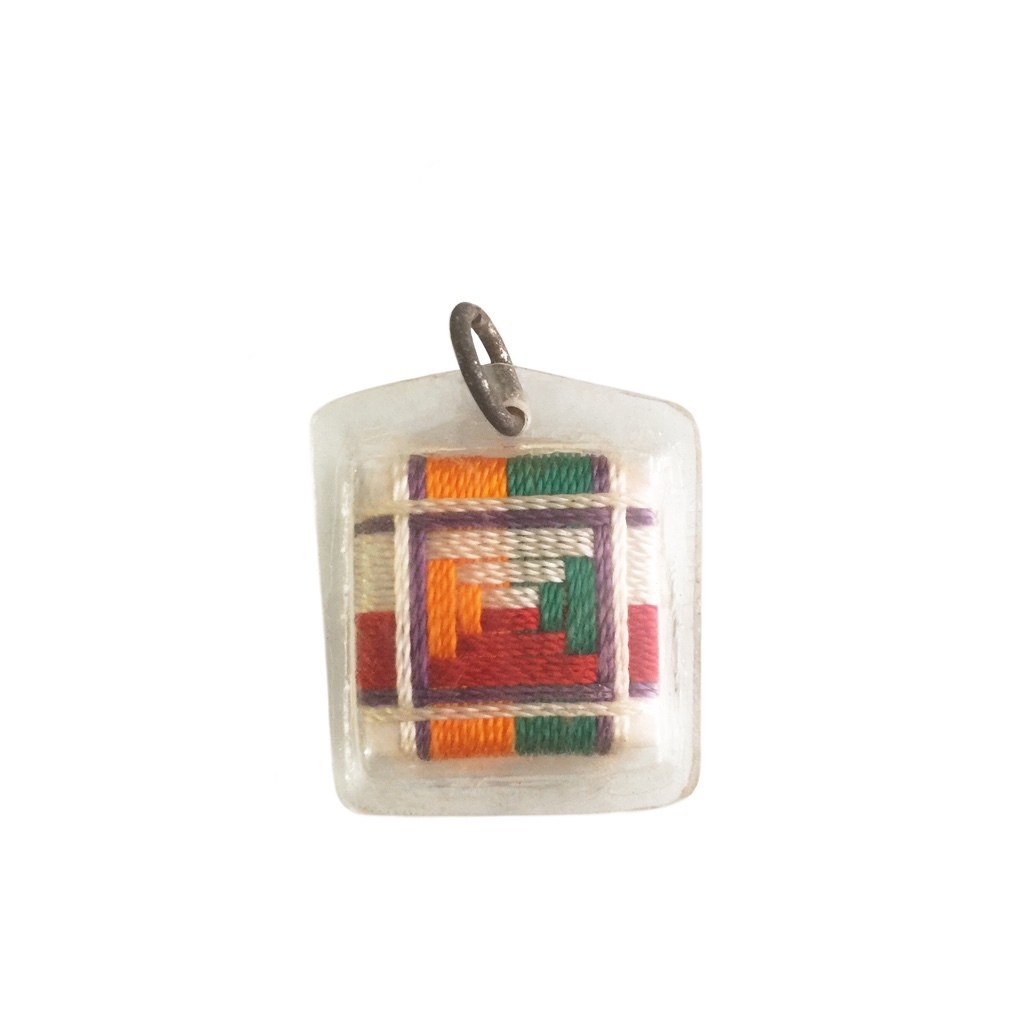 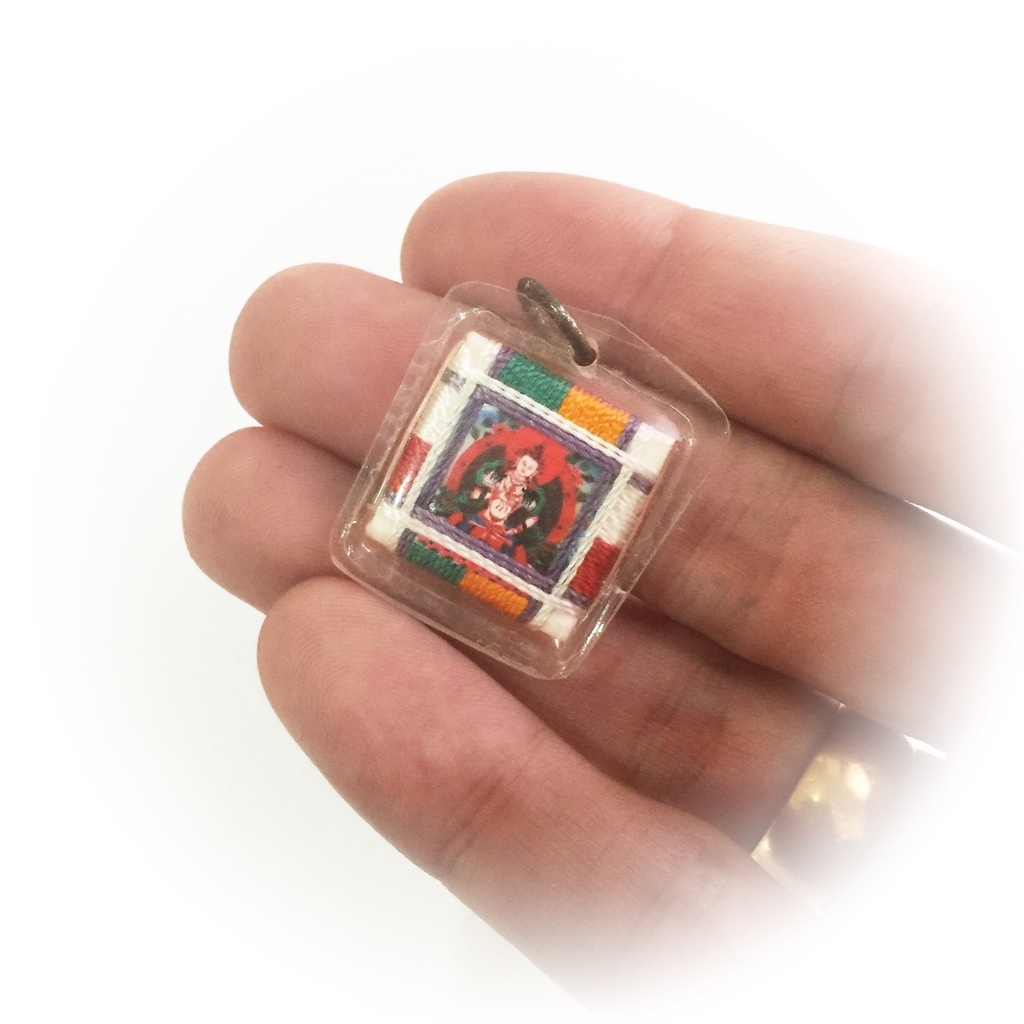