In traditional Buddhist mythology Vajrapāṇi is described as a fiery but benevolent nature spirit (Sanskrit: yakṣa). Early Buddhist tradition generally speaks of Vajrapāṇi as a guardian spirit of the historical Buddha (i.e. Siddhārtha Gautama). The Tibetans, however, consider this deity to be an important worldly protector (Sanskrit: dharmapala) of the Buddhist teachings or Dharma. Either way, Vajrapāṇi’s role of being a protective deity or bodhisattva is clearly revealed by the meaning of his name, which can be translated as ‘vajra holder’ or ‘thunderbolt wielder’. 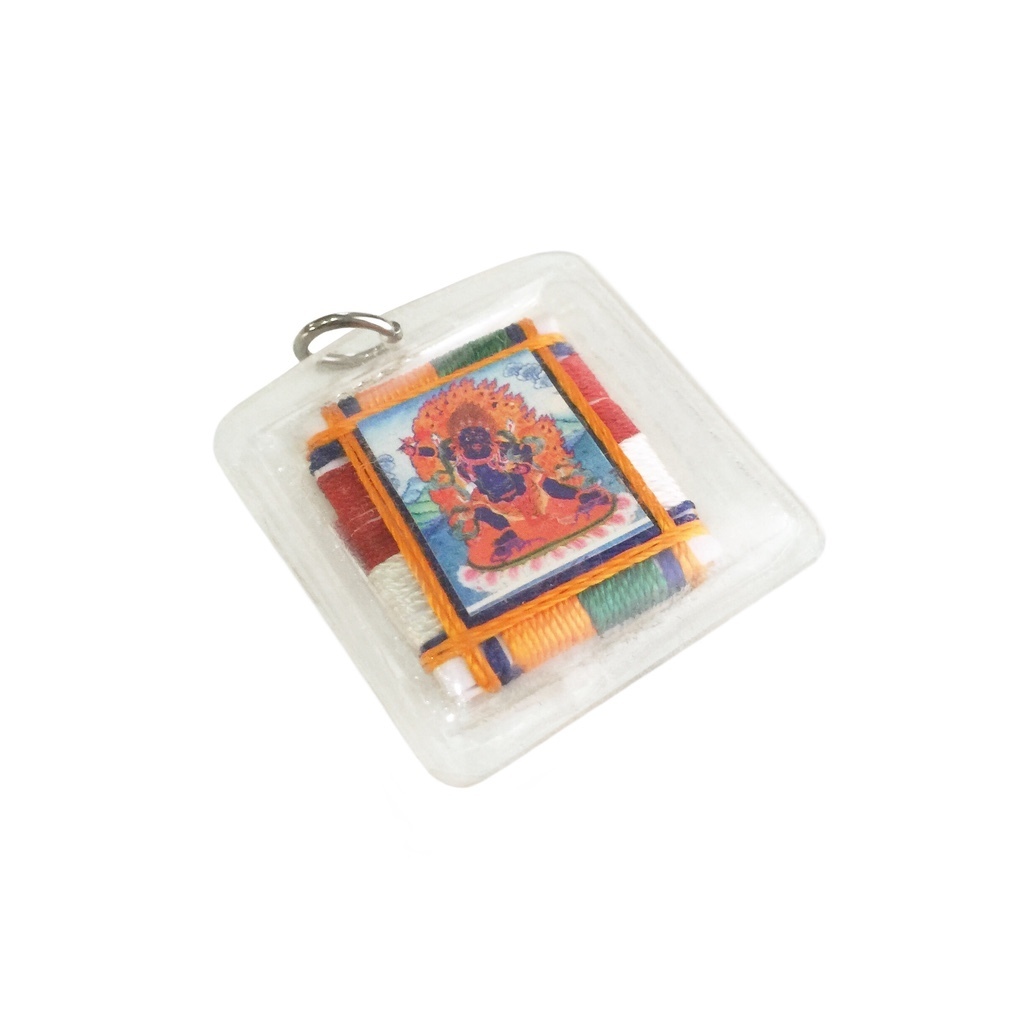 Hence, in classical Tibetan Buddhist iconography, this bodhisattva usually is depicted with a vajra weapon held up in his right hand. By making this threatening gesture, the wrathful deity demonstrates his supernatural ability to dispel all ignorance, evil, and darkness. Enhaloed with flames, the Lord of the Yakṣas stands heroically in the warrior pose, whilst trampling on the corpses of Lord Śiva (left) and Brahma (right) as a sign of victory over wickedness. This particular manifestation as a transcendent conqueror Vajrapāṇi is also known as the Lord of Secrets (Tibetan: Sangwe Dagpo), referring to the yakṣa‘s transcendental wisdom. 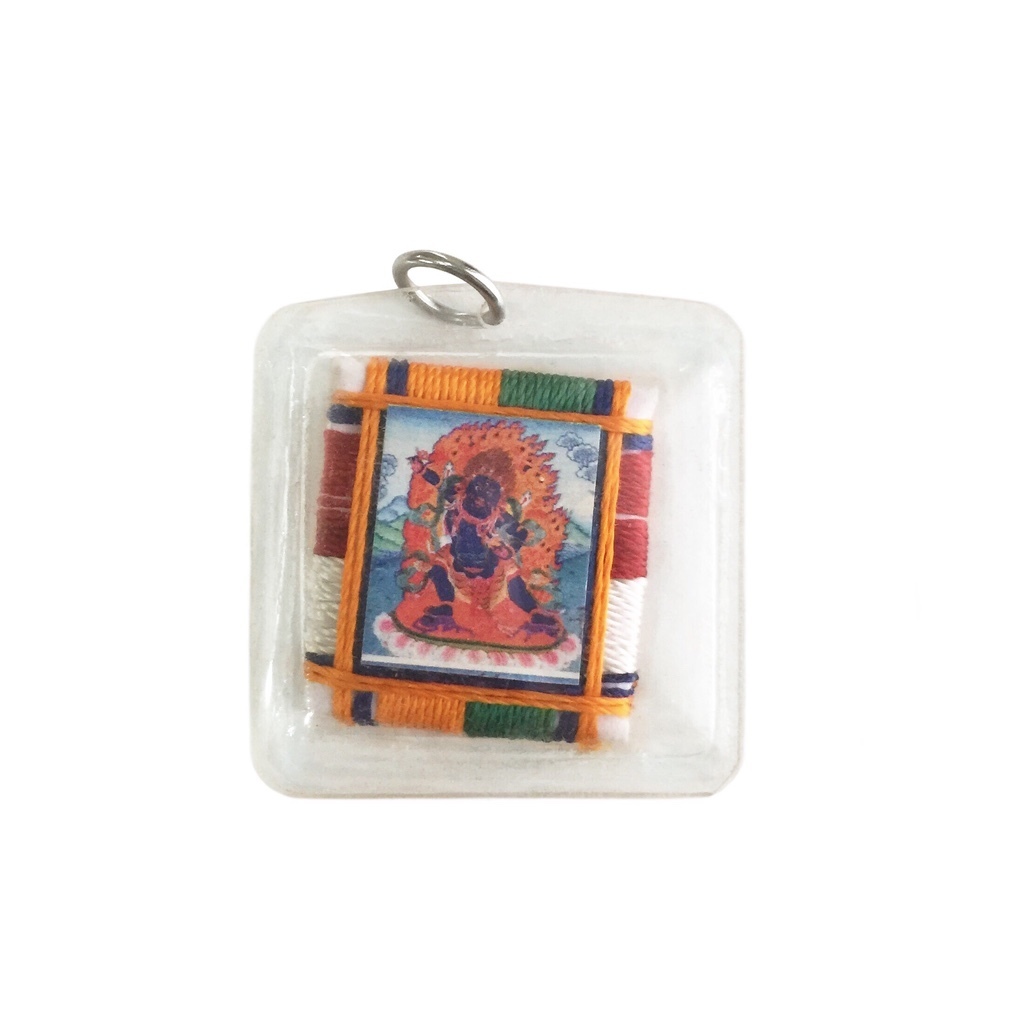 Through recitation of the aforementioned mantra, one unlocks the metaphysical energy within the amulet so that one can obtain the power to defeat evil forces, thereby effectively transforming negativity into spiritual attainment. 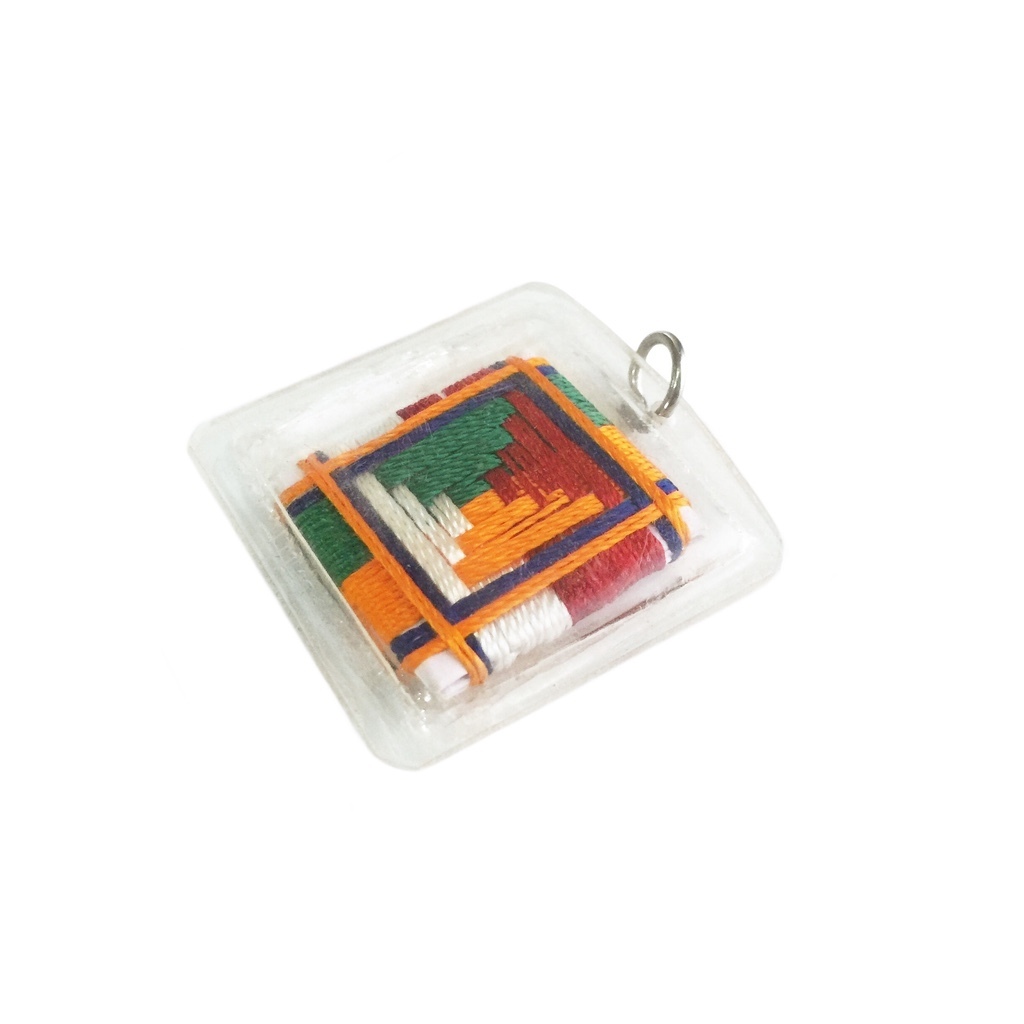 VIEW THIS ITEM IN OUR STORE
Tags: Anti-black MagicBodhisattvaDharmapalaMercy and JusticePendantsProtection and EvasionSungkhor LocketsVajrapaniWrathful Deities
Back to Top
Recommended Posts